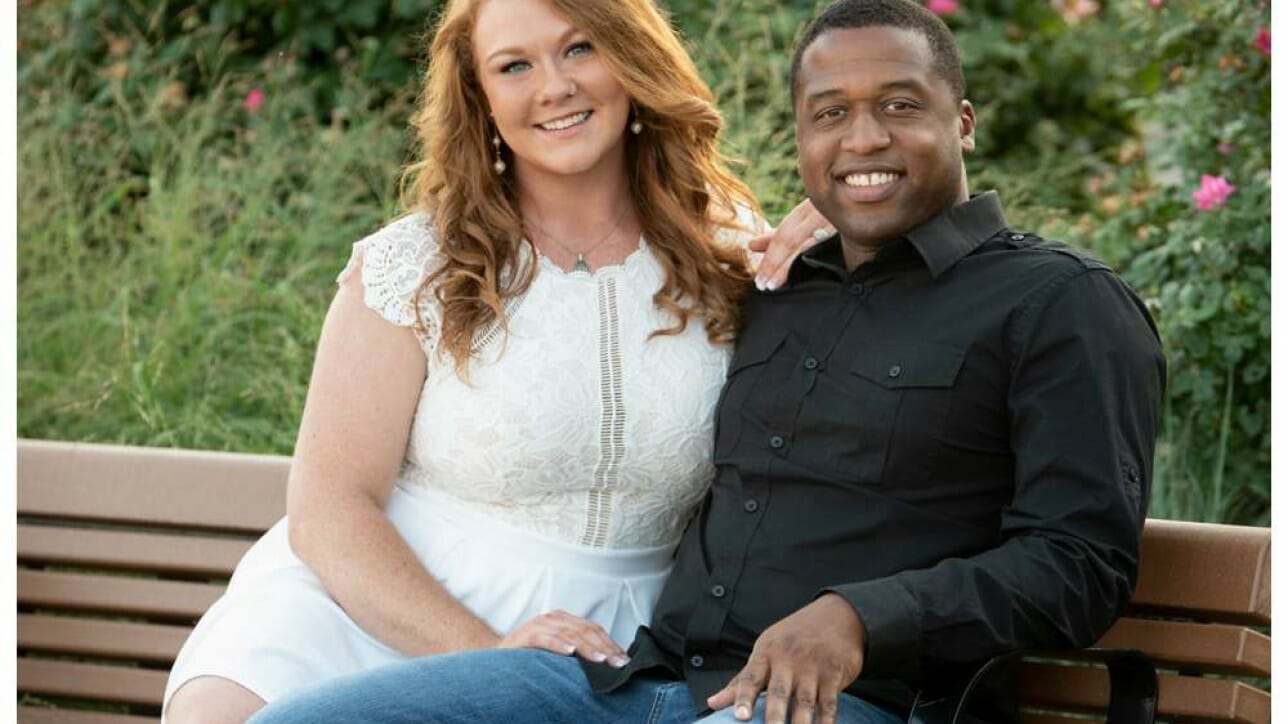 I like to have fun, so I try to make all of my shoots as goofy and entertaining as possible. Sometimes I have to really work to get a couple to loosen up, and other times, the couple is crazier than I am! Shayla and Patrick have quite the personality, and they weren’t afraid to show it in their engagement photos in downtown Springdale. 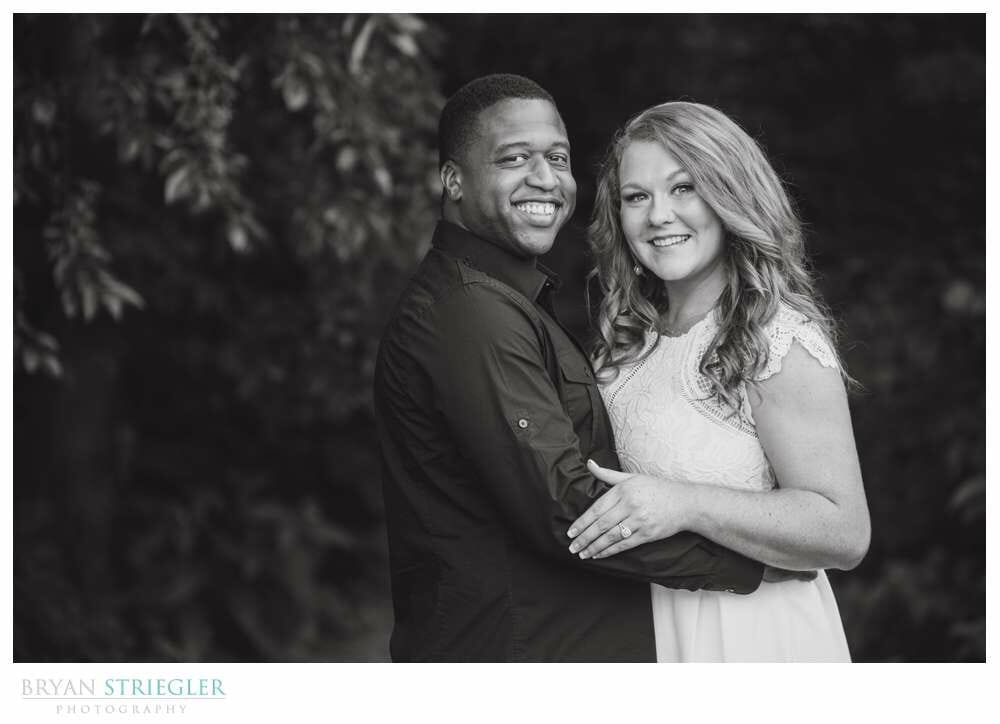 I always talk about how I love all the connections in Northwest Arkansas. It seems like I’m connected to everyone in one way or another. Well, turns out Shayla and Patrick know my brother and were at Lisa and Bradford’s wedding a few years back. Shayla even caught the mega bouquet toss off the balcony.

After meeting with these two for a consultation, I knew they were going to be fun. They were laid back but also wanted to have a good time. They knew exactly what they wanted for their wedding, and that was lots of people, lots of dancing, and laughs and smiles. That’s my kind of wedding! 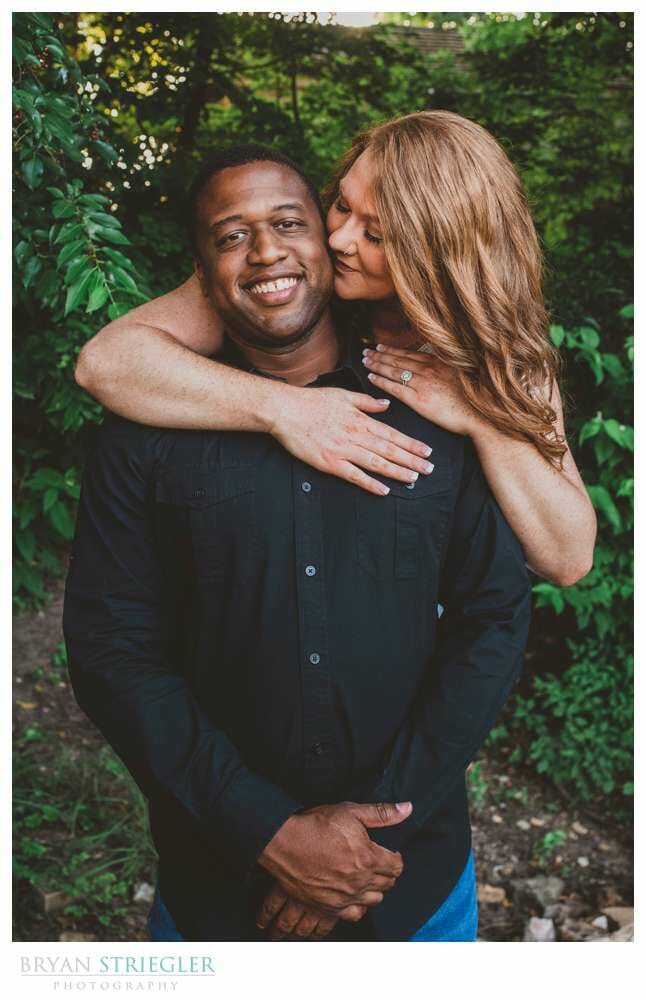 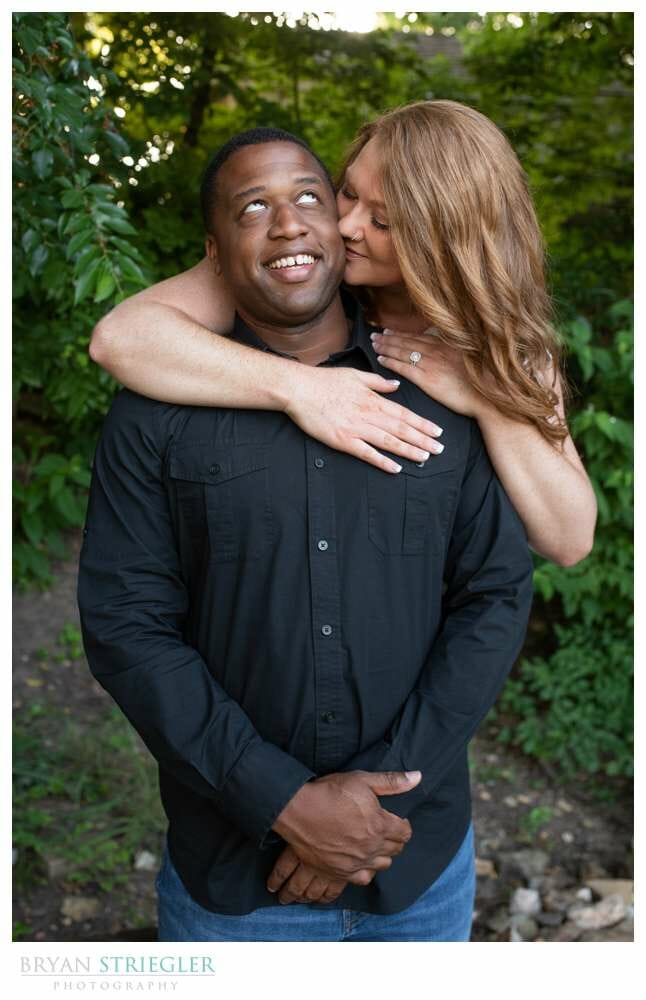 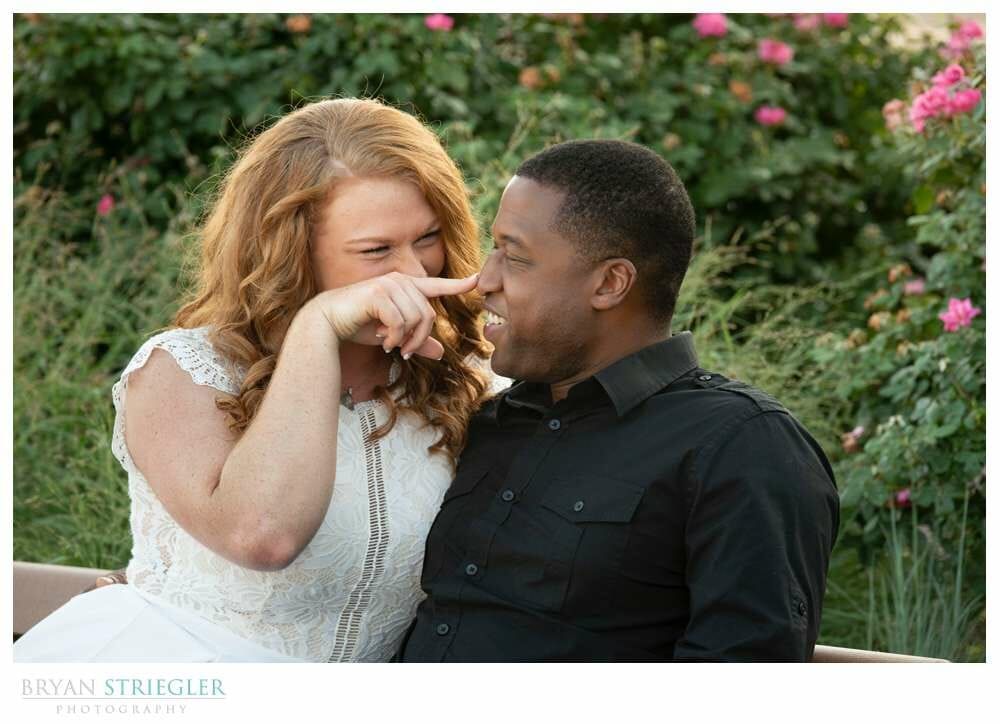 We walked all around downtown Springdale, and the places were beautiful, but what stuck out to me was these two and how they interacted. There was this goofiness between them. At one point, Shayla poked him in the nose, and then Patrick would throw out the most random faces! 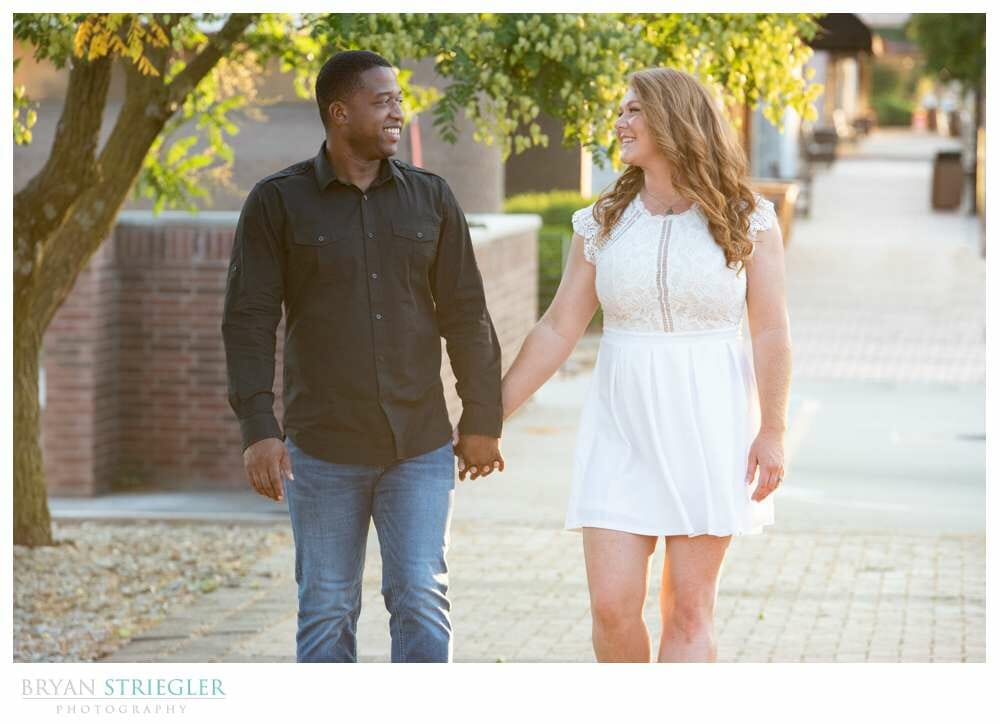 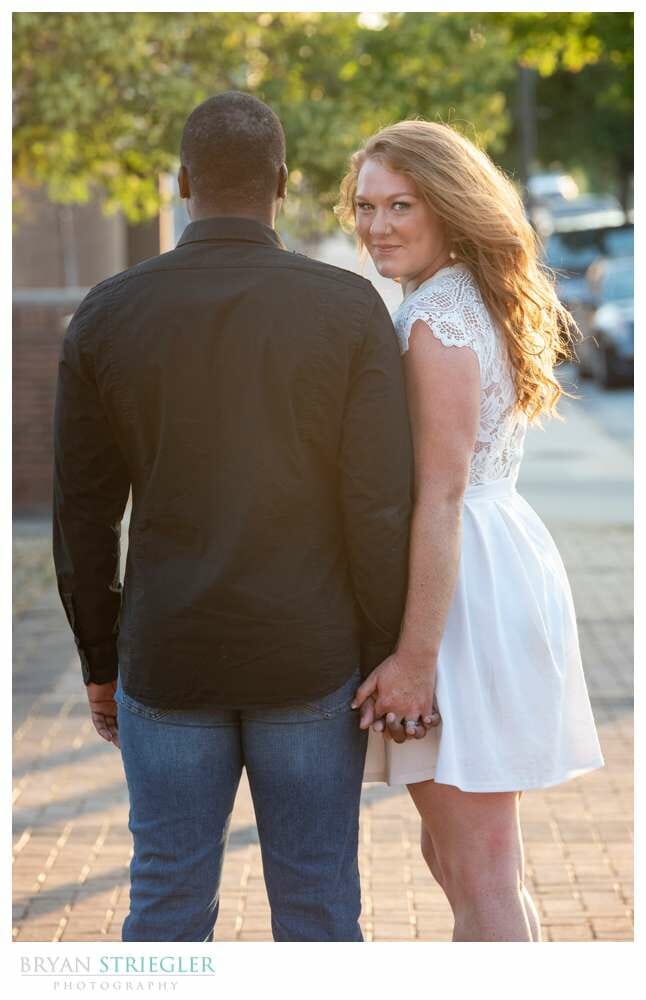 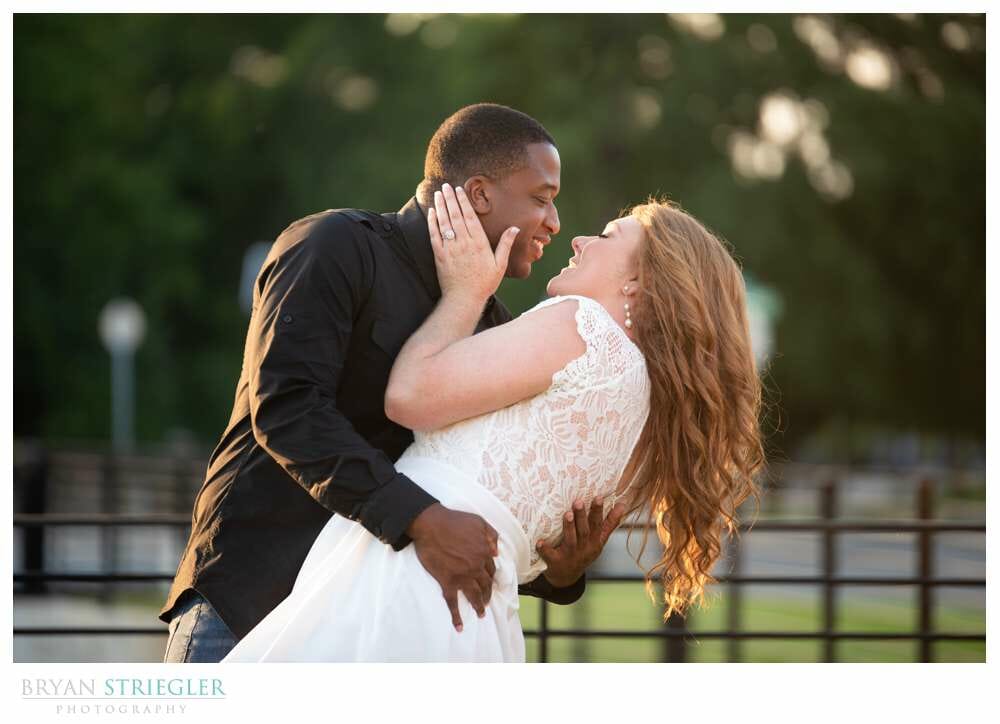 I’m glad I got to hang out with them and do these engagements in downtown Springdale. It was a preview of what I can expect from the big day, and let me say, I’m excited! This might turn out to be one of the biggest, craziest parties I’ve ever been to! Check back in a month or so and see if I survived!