I must be getting old. Students I had back when they were in 7th grade are now getting married! I’ve done weddings for my former students before, but those were students I had when they were in 11th or 12th grade. Now, though, we’re talking about kids I knew when they were like 12 or 13 years old. I guess it does make sense though, considering I started teaching 12 years ago. Anyway, I really am happy to get to be involved with my former student’s weddings. Chris and Kourtny’s Spring engagement photos were a great start.

Not everyone knows my teaching history, but my first teaching job was in the little town of Mayflower. It’s in between Conway and Little Rock. Back then I was a football coach and an English teacher. Because it was a smaller school, I actually coached 7th-12th. That’s how I got to know Chris. He was a little 7th grader playing football. Now he’s a good 3-5 inches taller than me and about to become a pharmacist. Kourtny is also from Mayflower but I didn’t really know her, but I did know her brother. 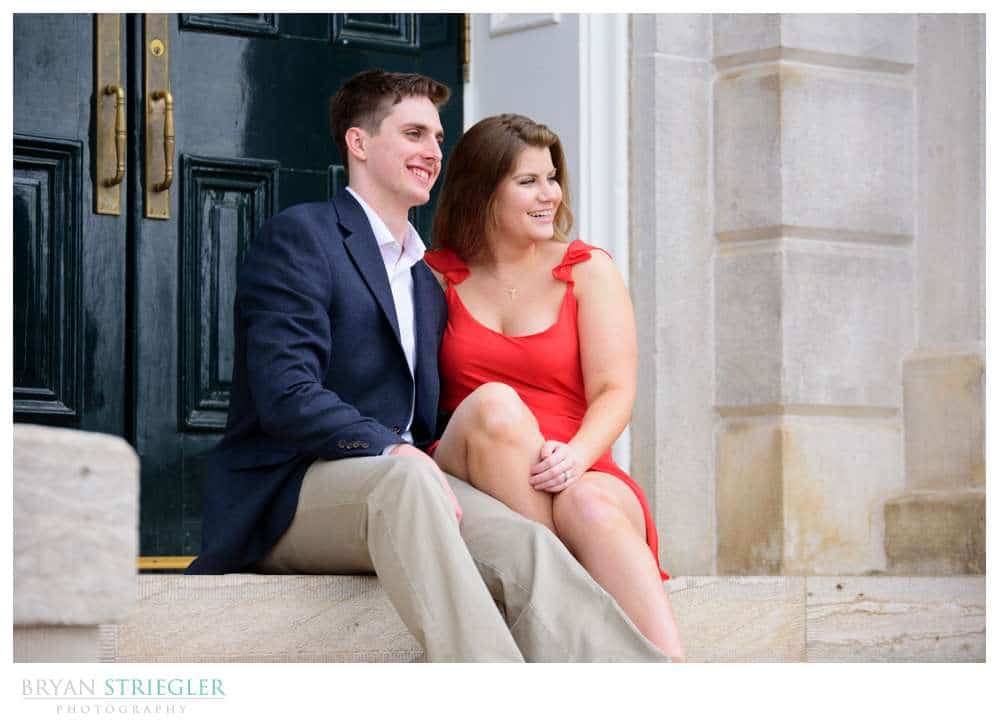 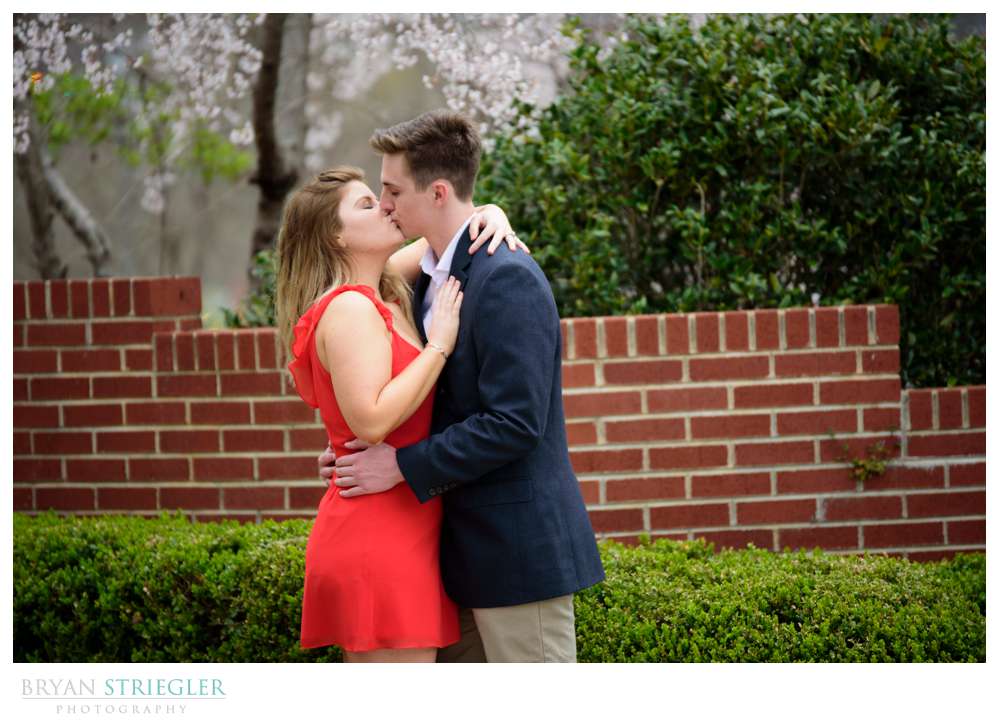 For their engagement session, we went to a few different places. We started at the University of Arkansas and then moved to Dickson Street. We got a lot of great photos and tried out a lot of different locations. Like always, we saw some fun things on Dickson Street. The wind was a bit of an issue, but there’s not a lot that can be done about that. 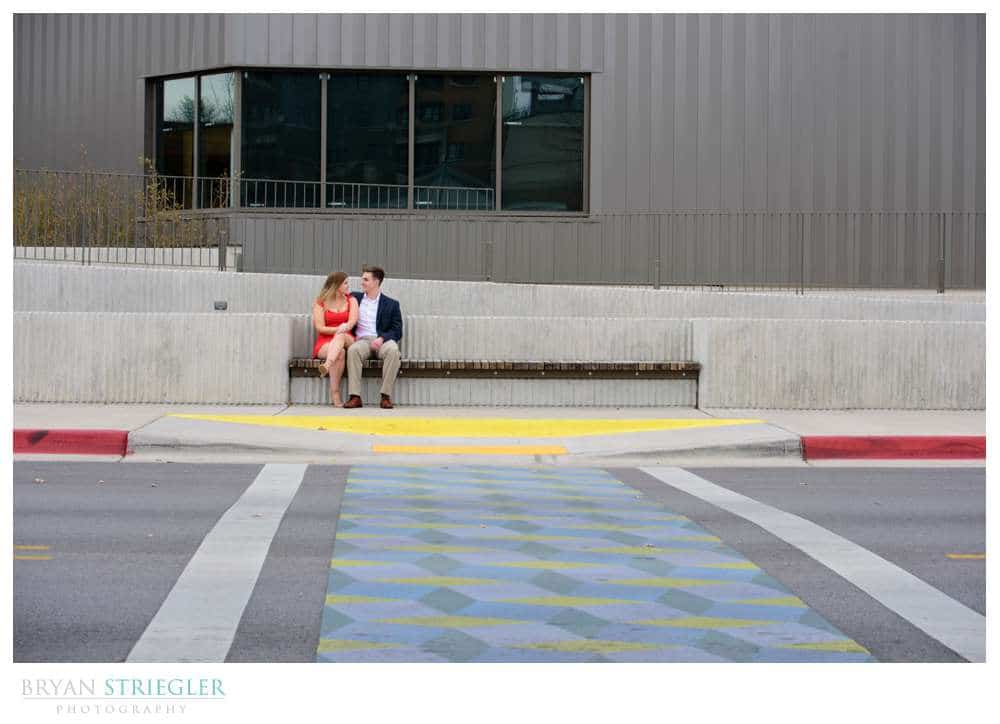 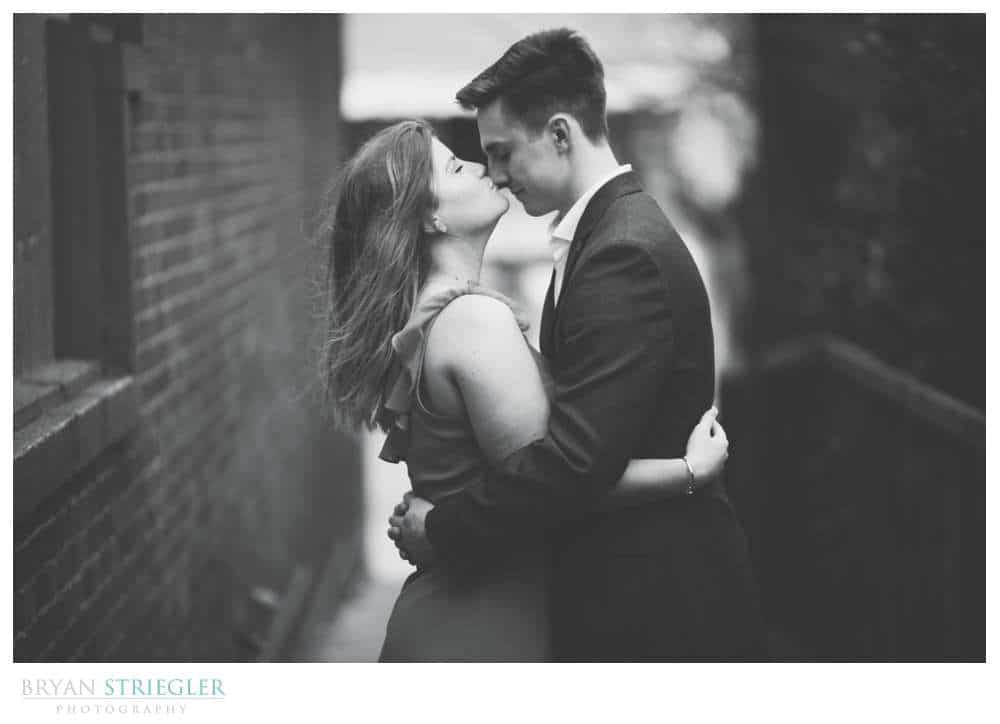 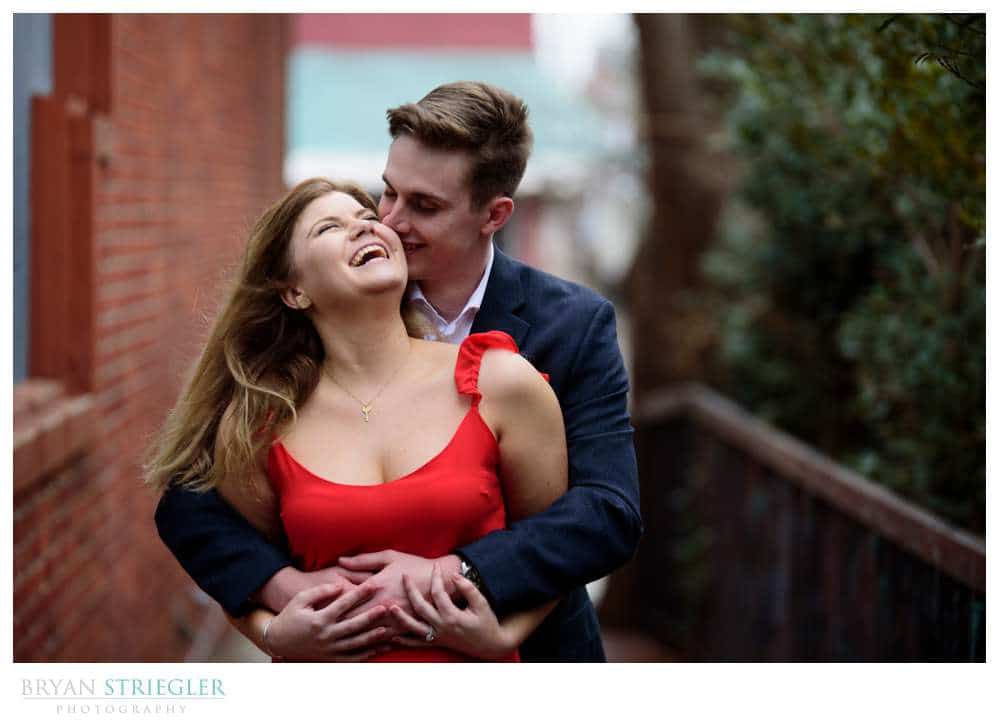 Chris and Kourtny are getting married in November at The Ravington, which is an awesome venue. Hanging out with Chris and Kortney is going to be exciting, but also I have another fun wedding the next day, so it will be an amazing weekend. I’ll be photographing Kourtny for bridal portraits some time in the future, but for now, I’m happy to share their Spring engagement photos.